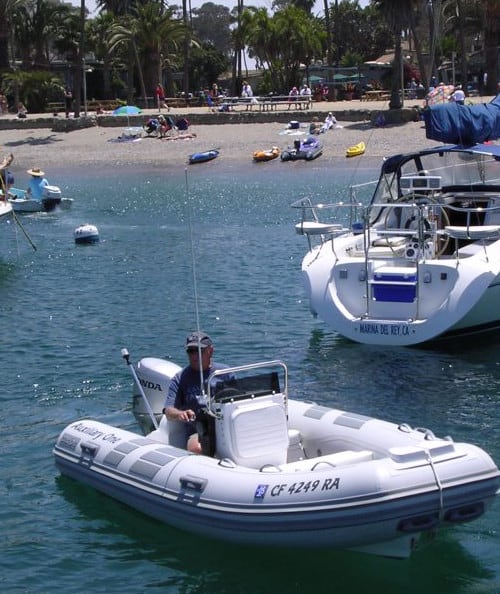 The EBA and Isthmus community at Two Harbors, Catalina Island lost a good friend
and supporter in Mike Daniels, owner of Grand Cru, a Catalina 25 that graciously
adorned mooring R-3 at Isthmus Cove. The 25-year veteran producer of the Los
Angeles based CBS news team was solicited by the EBA back in 1991 to help save
Camp Emerald Bay from losing its lease to the Cousteau Society. Mike. Daniels was instrumental in the efforts that eventually lead to a long-term lease for the camp.

Our thoughts and prayers go out to Mike, his family and friends; and he will always
be remembered as long-lasting supporter and friend of Emerald Bay.